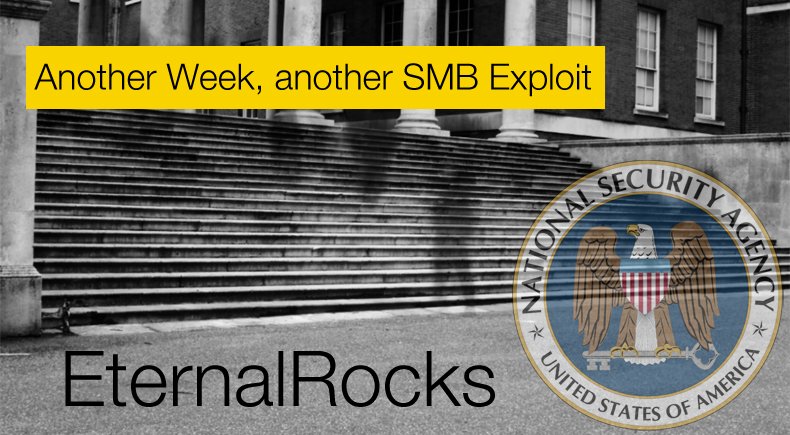 Server Message Block (SMB) is the transport protocol used by Windows machines for a wide variety of purposes such as file sharing, printer sharing, and access to remote Windows services. SMB operates over TCP ports 139 and 445. In April 2017, Shadow Brokers released an SMB vulnerability named “EternalBlue,” which was part of the Microsoft security bulletin MS17-010.

The recent WannaCry ransomware takes advantage of this vulnerability to compromise Windows machines, load malware, and propagate to other machines in a network. The attack uses SMB version 1 and TCP port 445 to propagate.

SMB provides support for what are known as SMB Transactions. Using SMB Transactions enables atomic read and write to be performed between an SMB client and server. If the message request is greater than the SMB MaxBufferSize, the remaining messages are sent as Secondary Trans2 requests.

This vulnerability affects the srv2.sys kernel driver and is triggered by malformed Secondary Trans2 requests.

After the initial SMB handshake, which consists of a protocol negotiate request/response and a session setup request/response, the ransomware connects to the IPC$ share on the remote machine.

Another related aspect of this attack is that the malware is configured to connect to a hardcoded local IP, as shown in Figure 1.

Next it sends out an initial NT Trans request, which is a huge payload size and consists of a sequence of NOPs, as shown in Figure 2.

What it essentially does is move the SMB server state machine to a point where the vulnerability exists so that the attacker can then exploit it using a special crafted packet.

These Secondary Trans2 requests are malformed, as seen in the Figure 3. They act as a trigger point for the vulnerability, and the request data portion contains the shellcode and encrypted payload, which is the launcher for the malware on the remote machine.

On successfully triggering the vulnerability, an encrypted payload containing the stager for the malware is loaded on the remote machine.

The payload delivered to the remote machine launches a service “mssecsvc” from within the lsass process. This service scans the local network and the internet for machines that are accessible and have exposed SMB ports.

The service then uses the aforementioned vulnerability to gain access to a remote machine and deliver the malware payload, thus completing the full cycle. All of these activities happen very quickly and the attack penetrates all machines in a typical LAN within minutes.

There are anomalies and patterns in the NT Trans, Trans2 requests and responses packets that analysts and researchers can use to create useful network level detection. A couple of example signatures that can be deployed are found here and here.