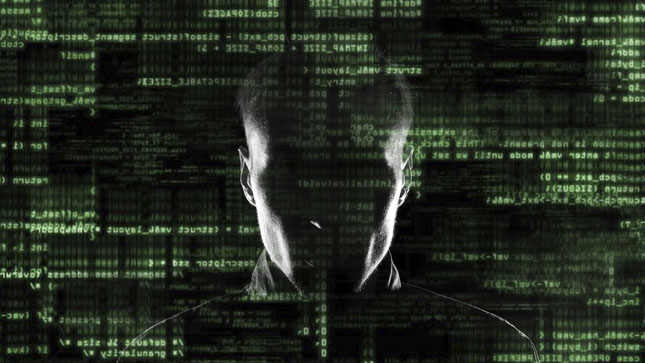 Guess what? There’s not. There never will be.

So, when Donald Trump rants:

We’re losing a lot of people because of the Internet and we have to do something. We have to go see Bill Gates and a lot of different people that really understand what’s happening. We have to talk to them, maybe in certain areas closing that Internet up in some way.

Somebody will say, ‘oh, freedom of speech, freedom of speech.’ These are foolish people… we’ve got to maybe do something with the Internet because they are recruiting by the thousands, they are leaving our country and then when they come back, we take them back.

He’s not only trodding mud all over the Bill of Rights, he’s talking complete technical nonsense.

Oh you can wreck the Internet. Some unknown parties gave it their best shot between November 30 and December 1. They launched a massive Distributed Denial-of-Service (DDoS) attack on the internet’s root name servers. This is the set of 13 server networks that are at the root of the domain-name system (DNS).

It’s this system that translates human-readable Web addresses, such as www.zdnet.com, into the IPv4 and IPv6 addresses that the network really uses.

There are other ways to break the Internet. I can think of a couple that might very well work. But, that’s just it. They wouldn’t turn it off. They’s bust it like an egg dropped on a sidewalk. I think we can asssume that we don’t want to do that.

Of course, you can block a great deal of the Internet from your country. That’s what China does with its Great Firewall.

Guess what? That doesn’t work real well either. China keeps trying to find new ways to block its citizens from reaching the outside world and hackers keep cracking new ways out. Besides, how is this going to stop terrorists in Nevada from talking to their comrades in New York? Answer: It’s not.

That’s because the Internet was designed both to be open and to survive almost anything, up to and including a nuclear war. Sure, countries with few Internet backbone connections to the world, such as Egypt and Syria, can “turn off” the Internet. But, even then, it didn’t take long for people to work out alternative routes to the Internet.

You can also, as Anonymous has been doing, strike directly at terrorist websites and social network accounts. That’s the most productive way of going after groups such as Daech (formerly ISIS).

Let’s say you ignore the Constitution and shut down all the tier-one Internet network operating centers (NOC)s by sending an army of backhoes to dig up all their fiber connections. Would that do it?

No, there will still be all those other pesky smaller ISPs. OK, so you send the National Guard in to every ISP and tell them to blow holes in anything with blinking lights. Will that do it? Nope.

With mesh-networking, the DNS server I run out of my house, and the help of some friends, we can run our own slow Internet.

OK, just as a thought experiment let’s just pretend you could shut down the Internet. Although, I hate to tell you Donald, I could do a better job of working out a way to close down the Internet than Bill “I’ve been retired since 2007” Gates. So, what would really happen after you flipped the Big Red Switch?

Well, first you’re going to miss the next episode of Orange is the New Black on Netflix, the Internet’s singlest largest bandwidth consumer. Second, online retail — sorry Amazon — comes to a stop. Then, the rest of the economy grinds to a halt.

Quick, how many of your adding machines, paper ledgers, fax machines, and non-networked PCs are ready to return to business circa 1980? That’s right. None of us.

So, Donald, if you had proposed this on your show, I’d had one comment for you: “You’re fired.”

While Trump takes this silly notion to an extreme, other politicans are similarly clueless.

Hillary Clinton has suggested using online censorship to deal with terrorist coordination over the Internet. “We’re going to need help from Facebook and from YouTube and from Twitter.” She wants the Internet providers and social networks to somehow not “permit the recruitment and the actual direction of attacks or the celebration of violence by the sophisticated Internet user.”

While, I hate Daech as much as anyone, I am not comfortable with Clinton saying, “You’ll hear all the usual complaints — freedom of speech. But if we truly are in a war against terrorism and we are truly looking for ways to shut off their funding and shut off the flow of foreign fighters, we have to shut off their means of communicating.”

If we must give up our freedom of speech to win, we’ve already lost.